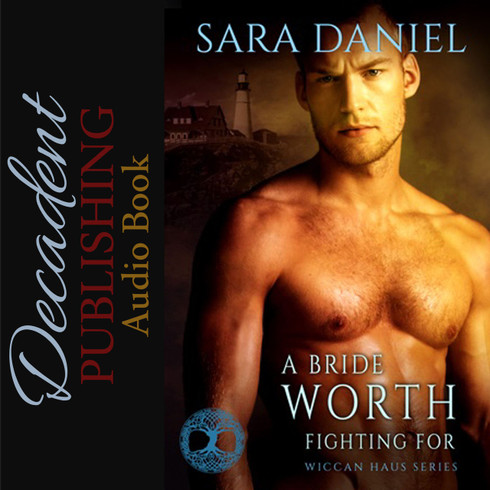 A Bride Worth Fighting For (Audiobook)

A BRIDE WORTH FIGHTING FOR

If she remembers the past, they won't have a future.

Gwen Fairfax awakens in a hospital, assaulted by stabbing head pain and unable to remember anything about her past, especially the man who claims to be her fiancé. A trip to the Wiccan Haus is her only hope to discover the woman she used to be, understand her mysterious dreams about a resort, and fall in love with the man she's supposed to marry.

To stop his stepmother's land development schemes from ruining the natural habitat he's dedicated his life to preserving, Tucker Wilde is willing to do anything, even pretend to be engaged to the woman his brother left at the altar. But he isn't prepared for the sweet, vulnerable woman to tempt him at every turn until he longs to give in to the temptation.

The more Gwen gets to know Tucker, the more she's certain he's a man worth remembering. But if the Wiccan Haus heals her memory, he'll have to fight to keep his bride.