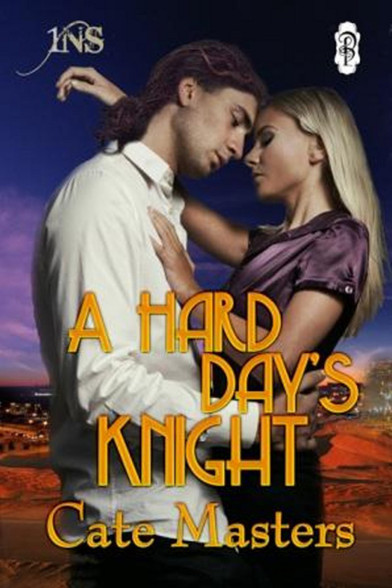 Some days, it’s best to lay low. Lance Knight finds out the hard way – when he encounters his longtime foe, witch Morgan le Fay, at Medieval Merriment. Her curse kept him wandering the world for centuries. When he also meets Gwyn McCartney there through a 1Night Stand date, he’s struck by her resemblance to his true love, Guinevere.  It gives him hope for the first time in centuries. First, he must face Morgan to break the curse, and he has only one hope: his sword, forged in the fires with Excalibur and imbued with magical powers by Merlin.

Gwyn McCartney’s had it with dating. Her friend’s setup through 1Night Stand with Lance Knight irritates her, especially when Lance acts bored at Medieval Merriment – her employer and greatest fantasy. When a wench threatens Lance – a witch, he says – her fantasy world seems all too real. After Lance kisses her, she knows she has to battle Morgan le Fay. Can she free him, or will she lose him forever to the witch’s curse?