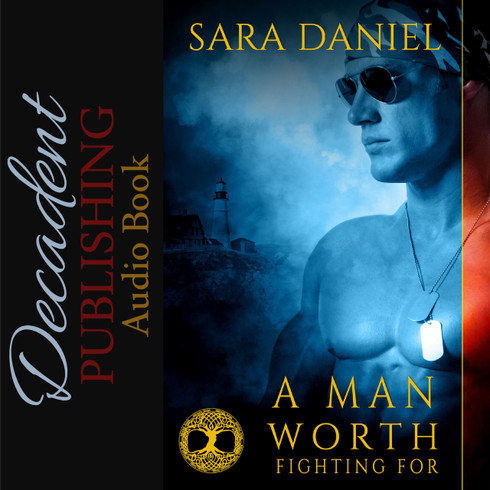 A Man Worth Fighting For Audio Book

A MAN WORTH FIGHTING FOR

He has nothing left to offer. She's determined to show him how much he's worth.

Shot by a member of his elite military team, Justin Lawson goes into hiding, cutting all ties with his girlfriend to keep her safe from the traitor who's hunting him down. With his body shattered, he no longer has anything to offer her anyway.

Holly Walters refuses to accept her boyfriend's out-of-the-blue rejection without an explanation. Intent on seeking closure, she tracks him to the Wiccan Haus. Once there, she is drawn to help him heal his broken body and spirit, even though she knows she has to let him go.

The rogue assassin catches up to them, but this time Holly is in his crosshairs. Before Justin can make her believe he's a man worth fighting for, they'll have to fight for both their lives.