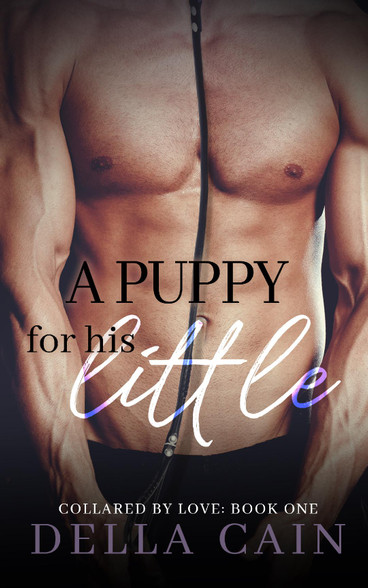 A Puppy for his Little

A PUPPY FOR HIS LITTLE
by Della Cain

Every boy needs a pup. Why would Daniel be the exception?

Luke Bateman works in the high-powered tech world, for one of the fastest-growing companies in the country. He loves what he does but, at the end of the day, he likes to embrace his favorite role of all, being a Daddy for his boy. He would do anything to keep his boy feeling safe and loved, even if that means bringing in a third.

Daniel Hawkins fights the good fight every day in his job as a public defender. He makes a difference in his community and would have it no other way, but his career weighs heavy on him, and sometimes he needs to let his adult life slip away and be Daddy’s boy, where all worries are gone and he can just be loved and cherished. He loves his Daddy more than anything, but something is missing in their relationship...he can’t place his finger on what.

Ryder Meyers has always known a traditional relationship wasn’t for him, but working his way through med school didn’t allow him the time to explore what that might mean for him. One night at the club Collared is all it takes for him to find out: he is a puppy. But what is a puppy without a master?

A date night at Collared turns out to be so much more than just that for Luke and Daniel. When they meet Ryder. Daniel feels an instant connection, asking his Daddy for a puppy, unknowing that Luke is on the same page. But when a third gets in the mix, and Daddy needs to take on a dual role as Master for his pup, things get complicated in the most beautiful of ways.

A Puppy for His Little is an MMM romance focused on the true love that blooms between Daniel, Luke, and Ryder. If you enjoy true love, a Daddy and Master who would do anything for those entrusting him with their care, age play, ABDL, puppy play, and watching three men create their family, then this book is for you.