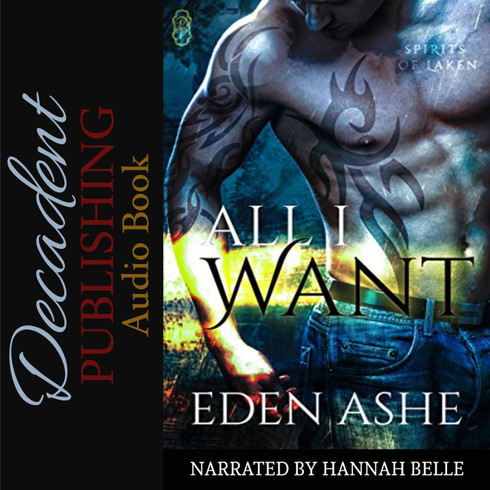 All I Want Audio Book

Megan Bannon is a small-town girl, perfectly content to live her small-town life, until Jess Thorn shows up at her vintage shop, looking for a family heirloom. He's hot, sexy as hell, with an edge of danger she can't quite pin down, and the longer he's in her shop, the more she starts to fantasize about ripping his clothes off. He's made it clear it would only be one night, because the second he finds the amulet, he's gone.

Jess is running out of time. From a long line of supernatural hunters, he discovered the amulet possessing his recently deceased brother’s soul had been accidentally sold in an online auction. Knowing he only had a brief window of time before his brother's spirit becomes angry, then violent, Thorn is desperate to find it before anything bad happens. Only he hadn't counted on meeting Megan.

After a lifetime of hunting the bad, shadowy things in the world, Thorn wants to soak up her goodness and never let her go. But his dead brother is angry, and when it becomes too late, the one person he suddenly can't bear to see hurt becomes the biggest target of all.