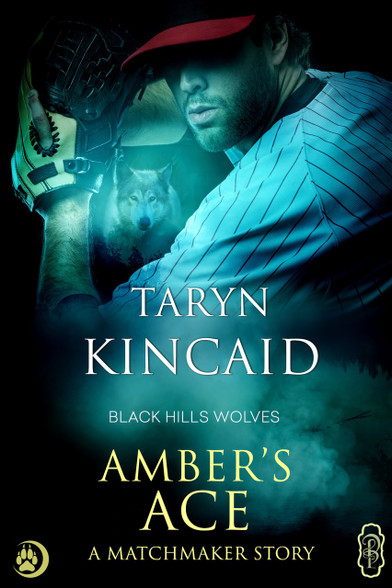 Riley Morgan, the all-star ace pitcher of the world champion New York Kings, has long hidden his secret from his adoring fans and the clamoring metropolitan press. But when a long-distance mate call distracts Riley on the mound, he suffers a freak, career-ending injury that sends him back to his South Dakota wolf pack to heal.

Stolen from her family along with her twin sister years earlier, Amber Northridge has been held prisoner and abused by the crazed former alpha and his henchmen since she was a teen, managing to survive through her resourcefulness and wit. Now, at long last, the pack has located them and set them free.

Home in Los Lobos, Amber recognizes the hunky baseball player she's seen on TV as her mate, but she doubts she can be with any man after all she has suffered.