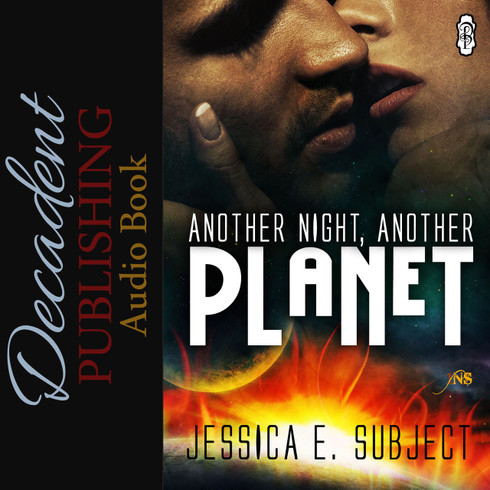 Another Night, Another Planet Audiobook

ANOTHER NIGHT, ANOTHER PLANET

Ava is a housekeeper aboard Star Spirit, a luxury cruise ship travelling between the Milky Way and the Belvarian System. Coming from a middle-class family on Earth, she is considered by passengers as nothing more than an object to be tossed away when they're done with her.

Shunned because of his lineage...

Banned from several planets across the universe, Nate struggles to run his interstellar shipping business. But the DNA of an exterminated race runs through his blood, giving him a diluted form of their powers, and leaving him labeled as a terrorist.

Both searching for the one...

Through her 1Night Stand dating service, Madame Evangeline matches these two together for a celestial escape on the pleasure planet, Elatia. Will Ava and Nate find what they're looking for, or will their date be just another night on another planet?