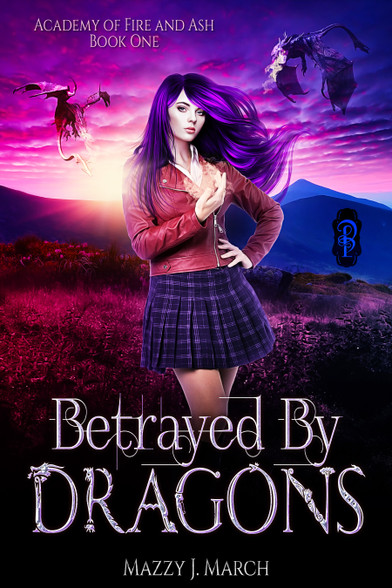 Betrothed to two dragons I hate...
But someone else is calling to my animal. Angelica is what everyone at Academy of Fire and Ash insists on calling AJ. They’ve made it clear she’s not welcome there since she’s half wolf and half dragon. She’s only there because she’s betrothed against her will to King and Draven, two males who dominate the school—some would say they own it. Until she meets him...her true mate, right there at the place she hates, among fiancés who hate her even more.

Even her half human roommate, Emily, can fly a little, but AJ has never shifted to anything but her wolf. Which makes getting around the academy challenging some days and passing PE impossible.

When she meets her second mate, the heat rises to flames, but if AJ can’t shift to dragon or fly, how will she ever have a mating flight? Preferably with her chosen mates and not the ones selected by her less-than-understanding parents.

Academy of Fire and Ash is a new series featuring AJ, a character many readers have already met in The Lycan Academy. It is a slow-burn why choose romance.