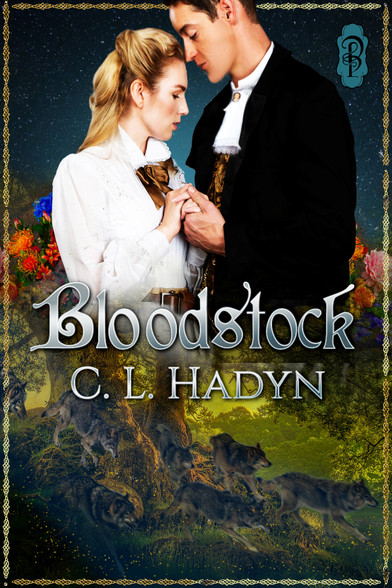 He was tricked into giving his word by a dishonorable man’s maneuvering, and now Prince Szigismond Emre Janos Rackoszi, Viceroy of Transylvania, was honor-bound to marry a woman he didn’t love. He was also required to gather into the bosom of his family the man’s widow, and mother of his intended, who despised him. The silly creature thought he was a revenant, a vampire bent on making her daughter one as well, and who vowed she would see him staked and in his grave before she gave her daughter to him. But he wasn’t soulless or undead, and he didn’t drain humans of blood. He was none of those things, he was a very different creature altogether.

Now as he paced the corridors of his dark castle awaiting the arrival of the artist he hired to paint miniatures of himself and his bride-to-be, he prayed to the ancient gods. If they had even the smallest regard for him, they’d help him figure a way to break his promise without losing his honor.

The gods responded to his plea by sending Baroness Beatrix Celine Baranyi, a most unusual artist who carried a saber, rode like she was a mythical minotaur, and dressed as a Csiko, a Hungarian cowboy. Solving the riddle of the gods’ reply before he bound himself to a woman he would never love would take all of his considerable powers.