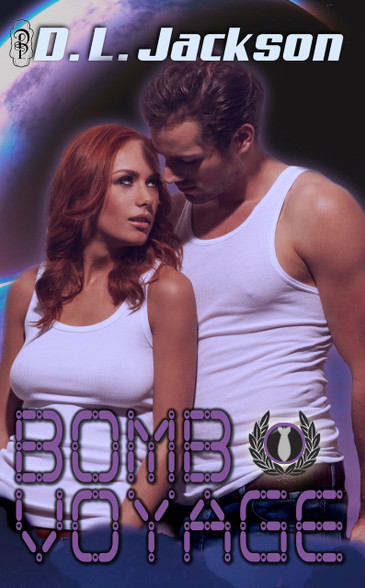 What he doesn’t like is getting dragged into galactic politics, or into the cross ha irs of his ex-wife, a ruthless bomber, who has already tried to take him out once. He doesn’t need complications, like the sexy red-headed mechanic who’‘s walked her sweet ass onto his vessel, bringing with her a shitload of trouble, and turning his world upside down.

From expensive and illegal boiler parts that break the bank, to homicidal in-laws and a shotgun wedding he’d better be able to get an annulment from, his life can’t get much more complicated.

Until he ends up knocked out, bound naked with his bride, on a one- way trip to a hostile world with a bomb hooked to the control panel of his shuttle.

Yeah, the universe is a crazy place, but Jayson’s simple life, has gone past complicated. He’s sliced off a bit of that insanity pie, and things might never go back to normal, if he can even remember what that is.