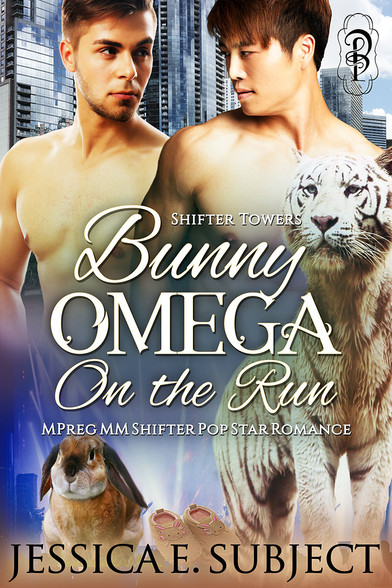 Bunny Omega on the Run

BUNNY OMEGA ON THE RUN
by Jessica E. Subject

As a pop star, I never expected to find true love.

Not in a world where everything is temporary and often fake. But then he ran into me. Not once, but twice. My tiger instantly recognized him as my mate. Now, I just have to convince Kish that what we have is real.

The oldest of ten kids, I saw what my mother went through after my father left. After that, I started taking blockers so I would never go into heat, never have kids. Because love was for the weak. And I was doing just fine on my own.

Then I met TK. Literally smacked right into him. But no matter how much I wanted it to be true, I refused to believe that he could love a bunny shifter from the wrong part of town.

Bunny Omega on the Run is a super sweet with knotty heat MM mpreg shifter popstar romance. It is book 1 of the Shifter Towers series but can be read as a standalone.