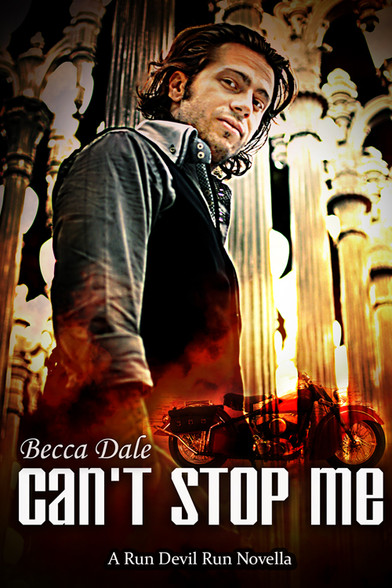 Prophecy proclaims a child of three worlds will lead the strong one to victory. Threatened by the church since birth and imprisoned by Lucifer’s elite force for over five years, Kernan Malanous represents demons, angels, and mankind, but who will be the strong one—God, Lucifer, or someone intent on overthrowing them both?

Born the blind daughter of the greatest mediums in history, Luca Smith sees more than anyone suspects. Screams of the damned slash at her sanity as demonic visitors hide a stranger in her home. To quiet the horror echoing from the underworld, she seeks the prisoner’s soothing thoughts, offering him peace while finding her own.

When the devil’s top gun comes to reclaim his prize, Luca risks her life to liberate the pure soul in her attic, but Kern won’t leave his beautiful innocent at the mercy of the merciless. Desperate, the young couple flees with hell on their heels. Unrestricted for the first time in their lives, Luca and Kern discover rare joy in one another, but all good has its counterpart. Torn between personal peril and world-wide destruction, will the young lovers run from fate or take a stand to fight and live as free beings?