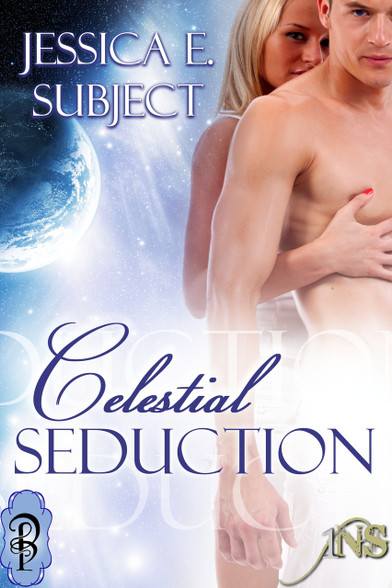 At the end of his obligated commitment to the Space Service, Frey Berger decides to stay on Earth to further experience human emotions rather than return to Ginnun where his intended has already mated with another. Looking for real love and someone to accept him for what he is, Frey enlists in Madame Evangeline’s popular dating service. Although he does not understand the concept of a one-night stand, he hopes to find his perfect mate. If he fails, he risks being alone on Earth for the rest of his life.

Carrie Cooper’s husband divorced her for another woman who could provide him with children, leaving her with little self-confidence and no desire to let a man hurt her again. When her best friend convinces her to join a dating service, Carrie decides one night of passion is harmless since there’s no commitment after the night is over.

Although several misunderstandings nearly derail them before the date even begins, Frey and Carrie end up closer than they ever believed possible. Still, Frey needs to convince Carrie her perfect mate isn’t human at all, and that one night can lead to a forever love.