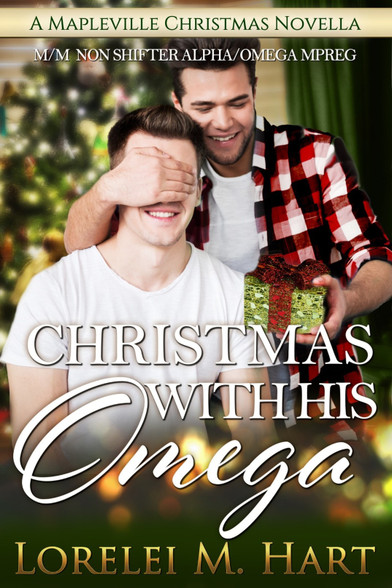 Christmas with his Omega

CHRISTMAS WITH HIS OMEGA
by Lorelei M. Hart and Ophelia Heart

All he wants for Christmas is a safe place to have his baby. Santa has other ideas.

When Pierce finds out the couple he is carrying a baby for is backing out of the arrangement, he has very mixed feelings. Ecstatic to be no longer legally obligated to give up the baby he has long since thought of as his, he’s also terrified he’ll be unable to provide for his new little treasure. Almost eight months pregnant, he sets off to find refuge at his grandmother's house, back in the town he called his own many years earlier, the town where he found and lost his one and only love, Rhone.

Rhone has a good life—an amazing career doing what he loves and a beautiful home. But even after the passage of many years, he still longs for the one thing he no longer has. Pierce, the omega who got away. After his family “moved” in the middle of the night to avoid his father’s gambling debts, Pierce never returned, leaving a vacant place in Rhone’s heart until one day when Pierce shows up at the diner where their love began.

All the feelings as well as the lust returned the moment they saw each other, only this time they weren’t two young men with no responsibilities. This time they had a third to think about, the sweet baby growing inside Pierce.

Christmas with his Omega is a holiday novella with sweetness, heat, and more than one Christmas Miracle.