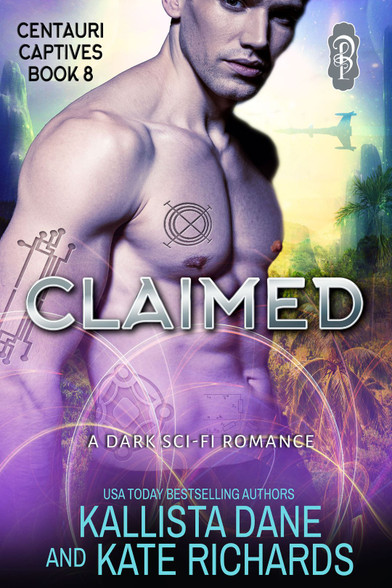 It’s the dream of every reporter—the scandalous scoop that will make my career. While investigating the disappearance of a young woman from the official residence of Earth’s controversial leader, I discovered his dirty little secret. To stay in power he’s been getting rid of anyone who poses a threat. Male dissidents are sold into slavery on faraway worlds. Female troublemakers are being sent to a race of alien soldiers whose planet was destroyed.

I’ve already written the headline in my mind. But I don’t know if I’ll ever finish the story. I got caught snooping, and now I’m one of the captives on the alien starship.

The hot gray warrior who makes me call him Master and punishes me when I don’t please him has no intention of letting me go. He’s determined to claim me as his mate.

Though he’s strict and stern, he can be surprisingly gentle at times. With guys in the past, I’ve always been the one in control. But when I submit to the alien’s dominance he makes me do things I’ve never done before. Dirty, wicked things. And I love doing them.

For the first time in my life I’ve met someone stronger than I am. I have to escape—before he claims my heart.

My world is gone. My father, my brothers and sister, my friends – all dead. Destroyed by a faceless enemy we call the Rydek.

We’re all that’s left—an elite squadron of warriors on a training mission in deep space. All males. After the attack, we asked the Interstellar Federation for help in battling our enemy. Instead of offering supplies and starfighters, the leader of a minor planet called Earth sent us a ship full of females. “To see to our needs,” he said.

It was an insult. But if we don’t produce offspring, our race will die out. So we swallowed our pride and kept them.

The human females are small, pale creatures. The one I chose is uncivilized, even rude at times. In need of training before I formally claim her. Though her fiery nature arouses me, I’ve discovered firm punishment is the key to making her behave like a proper submissive mate.

To my delight, she seems to enjoy it as much as I do.