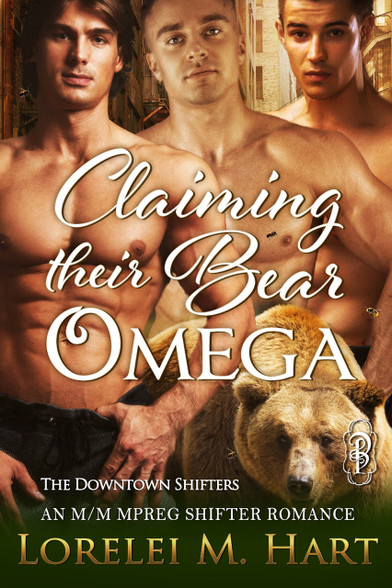 Nixon only wanted a bit of honey...he got so much more.

Homeless and on the run from the red dragons who killed his family, omega bear Nixon finds himself doing the unthinkable and stealing honey for food from the rooftop bee garden of an apartment building. Unexpectedly allergic to the insects, he soon finds himself fighting for his life, at the mercy of the hives’ owner.

Alpha bear shifter Randy never expected someone to be stealing his honey, much less find himself trying to save the thief from anaphylaxis. He tells himself it is to be able to prosecute the man who wronged him, but his inner bear is shouting otherwise, recognizing the man as his mate. Unsure what else to do to help the man, Randy calls in a local shifter doctor.

Titus, doctor and alpha bear, thinks he is on a typical house call, taking care of shifter needs best kept out of human hospitals. When he walks in to find the weak and barely alive omega, his bear roars in recognition of his omega mate, but not his only mate—Randy is driving his bear wild as well.

As the three of them struggle to find their place together, they need to keep the red dragons at bay and discover the reason Nixon was originally targeted by them. When their omega becomes pregnant, their need to protect their growing baby supersedes all else and leads Nixon to making some less than safe choices.

Claiming Their Bear Omega is an mmm mpreg steamy with heat shifter romance featuring three city bears, a few hives full of bees, and some cookie-dough eating binges. Claiming Their Bear Omega is the first story in the Downtown Shifters and may be read as a standalone. It takes place in the same world as The Shifters of Distance and The Unicorn Omegas.