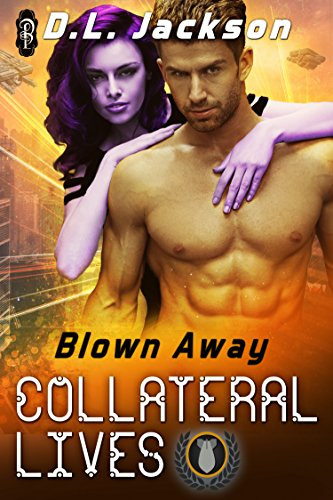 “Sergeant Aristasha Trouble Devoe, you have been accused of multiple crimes against the citizens of Trios Port and the League of Planets.”

When the League hands down their sentence, it’s not exactly what Trouble expects. A lifetime sentence, for however long that may be, in the League’s Company X, onboard Eternity Space Station, an inescapable prison in space. Nothing like being the newest member of X, as in exterminate, a suicide company, and she’s landed herself on the EOD squad, disarming bombs. Shit! She doesn’t know anything about disarming ordnance.

Captain Marc Avery is serving a lifetime sentence for blowing his commander’s head off. When he meets his new remote, she’s nothing like he expected. Sure, he’s guilty of murder, but he had his reasons, and that they didn’t happen to align with the League, well, let’s just say he doesn’t believe in killing thousands of innocent men, women and children for the League’s agenda, even if he’s handed a death sentence for it.

But the punishment doesn’t end there. The little lavender Droxie doesn’t know how to shut her mouth, and good gods, though she’s small, she’s a handful. In her case, it’s true that explosives come in small packages, and Avery has been handed more than he might be able to handle.

Now their linked, through special hardware installed in their heads, each seeing, feeling and experiencing what the other does, the nightmare only gets better. If Avery doesn’t keep the little bundle of dynamite with a death wish alive, he’s going to go down with her. Hard.

Problem is, he’s already started to fall, and when your next mission is to save the galaxy, love has no place in your heart or mind. If they fail, not only will they die, billions will serve their death sentence along with them.