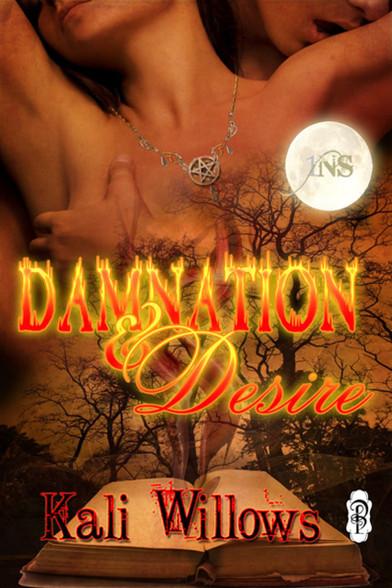 A Wiccan descendent of a notorious victim of the Salem witch trials, Tessa Ledger is obsessed with the Malleus Maleficarum and its claim that women are susceptible to the influence of the devil through their sexuality. Tessa seeks the services of 1Night Stand to tame her blazing carnal desires, and perform a little experiment on bewitching men. Her date is to take place in Salem…on the most supernatural night possible, where the veil between the living and the dead is at its thinnest and anything can happen.

Samson Langley is a highly revered clergyman in a small town near Salem. Being a positive community leader and overcoming his ancestral legacy has been his lifelong purpose, but his natural urges plague him night and day. With a few qualms, he agrees to his mentor’s suggestion to exorcise his personal demons with a date arranged by Madame Evangeline of 1Night Stand. He doesn’t expect to find his own faith and integrity in question as he is faced with satisfaction, or damnation in the arms of a one-night stand.