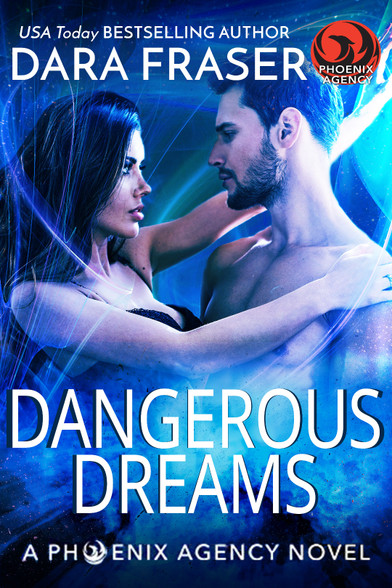 Everly Jones seems to have it all—a good job, a nice home, lots of friends, and a joyful spirit. If only everyone knew the torture she faced each night when she fell asleep. Everly inherited more than her house from her grandmother; she also inherited her ability to dream walk. Lately, she has spent her nights connecting with a young girl in terrible peril.

Hal Sims spent his career in the military finding people who were considered “unfindable,” and when his career was cut short after losing vision in one eye, he sank into a routine of dead-end jobs and self-pity. Until The Phoenix Agency came calling. They need his innate ability to put pieces together when no one else can. For the first time, though, he might be on a case even he can’t solve. Thankfully, he doesn’t have to do it alone.

When Everly’s dreams lead her to Hal and his mission, she knows it is up to them to save the girl, along with all the others the girl can lead them to.

Dangerous Dreams is USA Today bestselling author Dara Fraser’s contribution to Desiree Holt’s popular shared world The Phoenix Agency. It features a dream-walking heroine who never gives up fighting for those who need her, a smexy Phoenix Agency agent who doesn’t allow his partial blindness to get in the way of completing his mission, and a little girl with a gift far too powerful to be left in the hands of evil.