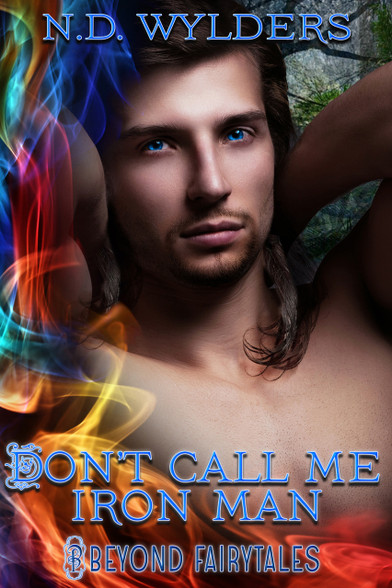 Once upon a time...there was this guy. A man who had an IQ out of this world and was arrogant enough to give the legendary Tony Stark a run for his money. He had everything he could ever want—a good job, more money than he knew what to do with, and all the sex he wanted—no strings attached. But that all changed on one fateful night...

The last thing Ivan Chugunov expects when he drop by his favorite haunt for a few brews is to be entertained by a mysterious storyteller. But as he listens to the man's tale of a prince and an oddity that went by the name of Iron John, he finds himself lost in the story...only to awaken in another realm—one with a quest—for him. Repair the purifier vital to all those who lived and retrieve a medical unit. Seems simple enough and a small price to pay to return to his own time.

Well, until he finds out that said 'LT-1789 unit' is actually a reclusive cybernetic man. One who will demand his own price of Ivan—three nights of unbridled sexual bliss...with Ivan at his mercy. Only then will he return to the royal clutch.

Can Ivan, a man who relishes control above all else, submit to a man who may be more machine than human?