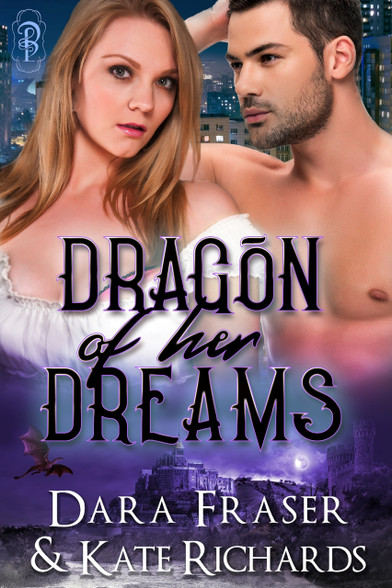 Dragon of her Dreams

DRAGON OF HER DREAMS
by Kate Richards and Dara Fraser

When Dragon Shifter Franz is sent on a quest to a village time had long forgotten, he wants nothing to do with it. They fear and deny magic as well as anything technological, and the same quest cost him one brother and destroyed another. When he arrives, he is greeted by Rosalind who somehow knows his name. The sexy maiden calls to him like no other, but he is not there to have a fling—he is there to complete his quest so he can return home to his modern, magical life.

Dragon of Her Dreams is a dragon shifter romance featuring a hot dragon shifter on a quest, a curvy woman who is more than human, sweaty nights, and secrets revealed.

Dragon of her Dreams was originally released as part of the now unpublished anthology Stoking the Flames II.