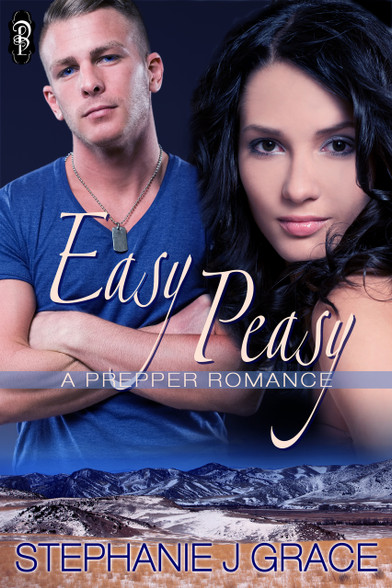 Myra’s childhood in a prepper bunker facilitated her self-sufficiency, but at twenty-four, she’s tired of being a lone mitten. With her business keeping her busy, she’s not sure when she’ll find Mr. Right, but hopes he likes long walks in the park and princess movies.

Oakes Willowbee, just starting his prepping, needs all the help he can get. Former military and in over his head, he’s trying to get his life in order to be ready for a worldwide catastrophe, but he’s having a hard time getting past sheep. With Myra’s help, Oakes gets a taste of prepper life, but his fascination with preparedness might kill their budding relationship.

Despite the attraction between them, finding a balance between living and surviving could be anything but easy peasy.