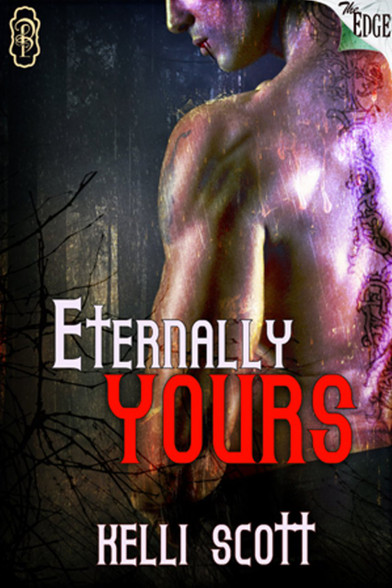 Eternally Yours (The Edge series)

Years after Luke’s sweetheart was ripped from his arms on prom night, Meri’s loss still haunts him. Searching for her everywhere, he finds her only in his dreams and on the pages of a dark comic book he created in her image. But on the anniversary of her disappearance, she shows up on his doorstep without having aged a day. What can he do but invite her in?

Meri’s nights are all about surviving alone on the dark, seedy side of life. Once a year she treats herself to a night of tasty passion with her one true love. Is this the year to seal the deal and make their love eternal, or will she walk away to become just another fantasy?