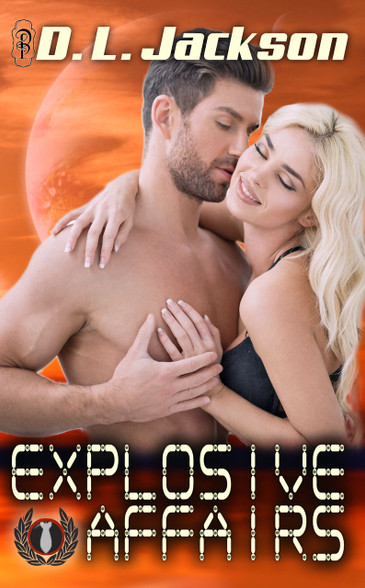 When Tyson Rivers, the Gold Digger’s ordnance officer, and Jenna Klar, Captain Jayson River’s aide, are forced to go out into space to scrape a party patty off the side of the ship’s hull, things go from bad to worse.

The suspected frozen sewage turns out to be a bomb. The two narrowly escape the blast, only to jump from the proverbial frying pan into the fire.

Now suspects in a galactic bomb plot, Jenna and Tyson must jump ship and go to the planet below; evading the authorities in space and hostiles on the surface while they dig for information to clear their names. If they can’t find the bomber and stop him, thousands of lives could end in the press of a trigger.

Problem is, it’s not only the danger heating up around them. An explosive attraction has developed between them, one that could have fatal consequences if they can’t keep their thoughts on the mission and their hands to themselves.
Available from:
Amazon
Google Play
iBooks
Kobo
Smashwords