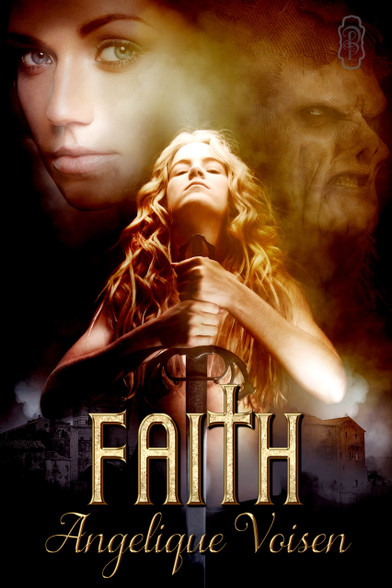 In a society where a common servant girl doesn’t have much in the way of prospects, Faith’s plain appearance and sharp tongue make a good match even more unlikely. But finding a husband is the least of Faith’s worries when she finds herself caught between a beautiful swordswoman and her grotesque, monstrous prey.

Given as a reward to the huntress, Faith is beyond terrified. According to rumors, these less-than-human slayers share too many qualities with the creatures they kill for a living, but Faith can’t deny the strange spark between Valac and her.

Val used to think cutting away parts of her humanity was a worthwhile exchange for wreaking vengeance on the monsters who threaten her people, but lately she’s gotten tired of her profession. Val believes her assignment in a remote city in the mountains is simple until a servant girl’s arrival stirs emotions Val thought she’d abandoned long ago. If Faith is capable of invoking unbridled passion then the best thing Val could do is stay away, but when Faith’s life hangs on the balance, can Val risk all to save her?