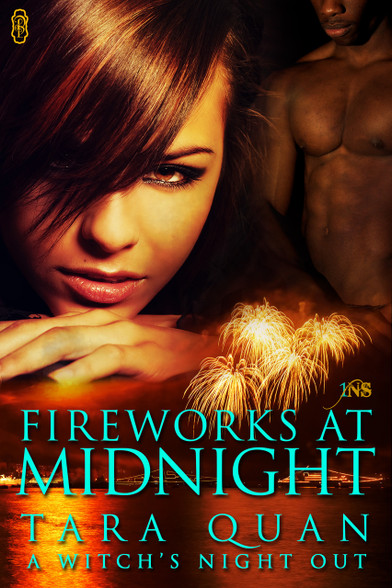 Recent college graduate and part-time cat familiar Dulcina “Sweets” Gato is having the worst New Year’s Eve in living memory. End of year expenses trigger serious cash flow problems, and her microwave just went up in smoke. To make matters worse, her best friend’s overprotective big brother is back in town, and his return threatens to put a huge crimper on her nocturnal activities. The only thing she can look forward to is Madame Eve’s 1-Night Stand service. After all, she’s sick and tired of being a 21-year-old virgin.

Enforcement Agent Mikal Knight is a warlock on a mission. Having finally scored a transfer to Washington, D.C., he’s now at liberty to pursue the object of his desires—his baby sister’s best friend. But first, he has a vigilante to track down and a mysterious matchmaking service to investigate. Sent on an undercover operation, he resigns himself to a pointless one-night stand on New Year’s Eve. As luck would have it, his mystery date’s identity might let him kill several birds with one stone.