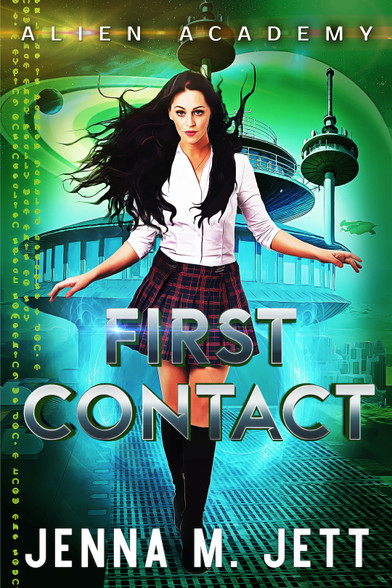 My name is Zoe and I’m half alien—the kind from outer space--and half human.

Don’t ask me what kind of alien or which half because I have no idea. Apparently, I have relatives on another planet circling another star. Until recently, I thought I was just your average, everyday college dropout with a mound of debt. I’d found a sweet job as a pharmaceutical representative--great hours, designer clothes, and a generous salary. I made top sales rep and bonuses two quarters in a row. But a jealous colleague ended that dream for me. And once the company learned I was barely 18 and not 21 and didn’t have the bachelors in chemistry I’d claimed--I needed a job. Quick! The sweet grandparents who raised me could not keep supporting me--it was my turn to help them.

One call changed my life.
And, boy, did it. I thought I was going to a job interview. But, instead, I found myself at a school I didn’t even know existed. I doubt many people know it exists. And that’s the day I learned the truth, and my entire world turned upside down.

Spaceships, hots guys, and deadly monsters...holy crap!
As if learning I’m half alien wasn’t enough, there are spacecraft taking off and landing at the academy all the time. My roommate tells me one day we’ll go to outer space. The thought both thrills and terrifies me. I’ll learn everything I can to make sure I’m ready. Celia says most students go within four years. I’m going to do it in two.

And who knew royalty extended to the rest of the universe? Not me. Like most everyone else on Earth, I didn’t believe in aliens. Sure, conspiracy theories run rampant, but where’s the proof? Apparently, I only need to check my reflection in the mirror.

Oh, and did I mention there’s a shapeshifting alien monster trying to kill me?

The Truth is Out There
My mom passed away when I was young, shortly after Dad left us. Poof! Gone. And my grandparents have always been pretty darn cagey about him. I’d thought their anger kept them tight-lipped with the details. Then I learned he’s the alien half of my heritage. I don’t know where he went, but I’m going to find him. I’ve no idea how I’ll do it, but I will. I have questions!

Everyone here at the academy has an ability--moving objects, healing, creating a snowstorm out of thin air, etc. My ability? No clue. No one knows, not even Headmaster. But you can bet, during my four years here at the academy, I’m going to figure it out.

And on top of everything? My roommate told me there’s an intergalactic war going on somewhere out there amid the stars. My fellow students have other worlds to escape to. Me? Earth is all I have. So, is the only home I’ve ever known in danger? I’m going to get to the truth.

I’ve got four years to find my dad, stay out of an alien monster’s clutches, keep Earth out of an intergalactic war, and get a degree so I can take care of my grandparents.