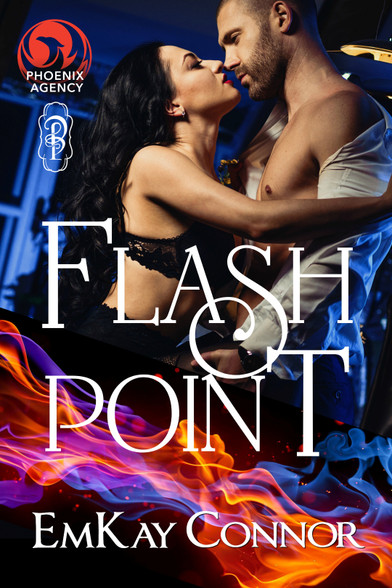 Play with fire and you get burned…

Something unexplainable happened to Tamson Grant when she hit puberty; the slightest touch from another person triggered searing heat that ravaged her body and bombarded her with violent visions. For years, she has lived in isolation, unable to bear the physical and mental pain caused by her psychic empath abilities. She limits her contact with people, working remotely as a dark web researcher for the U.S. military. The tactic works to preserve her health and sanity, but the loneliness is almost as painful as being touched.

Where there is smoke, there is fire…

When Tamson accidentally stumbles onto a terrorist plot involving a high-ranking military officer, she no longer knows who to trust. Desperate to identify the traitor before the deadly attack plays out, she risks everything by reaching out to a secretive group called the Phoenix Agency. When a tall, dark, and handsome operative shows up just in time to thwart an attempt on her life, Tamson discovers his touch burns like no other.

Can Tamson find passion in the arms of this stranger or will revealing a dangerous secret turn her dreams to ash?