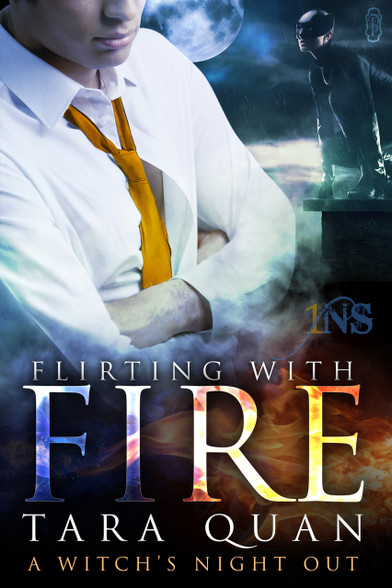 Apprentice witch Catalina Gato is prohibited from assuming her human form in front of her new employer without his express permission. Since he doesn’t know he’s a warlock, he can’t give it, leaving her in a familiar’s limbo. To make matters worse, she’s barred from leaving his house, and her attempts to enlighten him of his true nature results in burnt notes, charred walls, and exploding laptops.

On All Hallow’s Eve, she gets one night of freedom. Deciding some no-strings-attached sex might take the edge off the intense attraction she feels for her clueless boss, she signs up for Madame Eve’s service. When she meets her masked mystery date at the Castillo Capital, she realizes she might have gotten much more than she bargained for.

After being gifted a one-night stand from his annoying best friend, attorney Leo Difuoco reluctantly ventures to the Castillo Capital to celebrate Halloween. When he meets his oddly familiar green-eyed date in a Cat Woman costume, flames literally ignite, sparks magically fly, and life as he knows it changes forever.