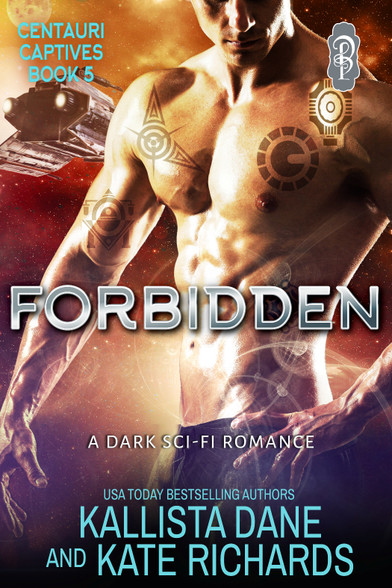 Dedicated to the Goddess as a child, I led a sheltered life in the Temple. Until I woke on an alien starship.

Now a hulking seven foot tall warrior says I belong to him. He means to claim me. I tried to tell him my vows will not allow it. If he dares to touch me, we will both die.

But he doesn’t believe me…

Guryon
My world is gone. My people are dead.

Men, women, children—killed by the Rydek, an unknown enemy with unlimited powers of destruction.

We’re all that’s left of the Arythian civilization. One squadron of elite warriors and a small fleet of starships. The enemy is out there somewhere in the vast expanse of space. To defeat them, we must learn all we can about our foes. Discover their weaknesses. I am heading a mission to track down the Rydek and bring one back. Alive.

The sight of this sultry, exotic female awakens dark hungers in me, hungers demanding to be satisfied. There’s only one problem. Though I ache to make her mine, she says I cannot touch her.

She says it will cost me my life—because she is forbidden.

Centauri Captives is a brand new sci-fi romance series from USA Today Bestselling Authors Kallista Dane and Kate Richards featuring masterful alien heroes and the captive Earth women they take as mates in a desperate attempt to save their race from oblivion.