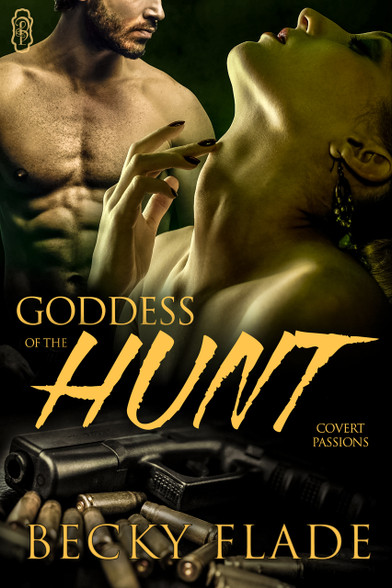 Goddess of the Hunt

GODDESS OF THE HUNT

CODENAME DIANA...
CIA field agent Paige Fleming hides a cunning intelligence and lethal skill behind a mask of golden beauty. It serves her well as she moves from one undercover assignment to the next.

CURRENT MISSION...
Retrieve a stolen United States military defense program from a terrorist cell in Dublin, Ireland, before they trade it to Islamic extremists in exchange for munitions. Her only back up on this time-sensitive mission is a deeply embedded MI-6 operative.

HER ASSET...
Eoin Fitzpatrick has sacrificed everyone he holds dear to bring these terrorists to justice. He'll sacrifice Diana, too, if she threatens to compromise his mission or his cover. He has orders to do just that - his agency is only doing hers a favor.

COMPROMISED?
Paige expects danger, but welcomes passion--taking her pleasure where and when it's offered. She's not prepared for the effect Eoin has on her. Or what happens when she surrenders to him--Paige burns for Eoin but will he leave her burned...