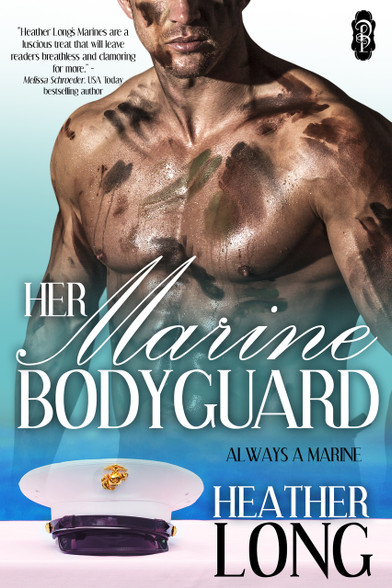 Her Marine Bodyguard (Always a Marine #22)

Someone is watching her…
Shannon Fabray’s career in the art world is on the rise thanks in no small part to her signature sculpture Her Marine. But with fame, comes fans and some like to get closer than others. Coping with the notoriety, Shannon doesn’t let the constant contact get under her skin until one night, it goes to far and to Shannon’s horror, one of them is making it very clear he wants the artist for himself and sees her as a possession that should be added to his collection.

He’s coming home…
After a dozen years in service to his country, Lieutenant Brody Essex has lost count of the missions he’s run, the hours he’s spent in the field and the number of days he’s been out of the country. Budgetary issues freeze his promotion, and his unit is left on the ground in Afghanistan, but he makes it work because the only countdown that matters to him is the one that will bring him home. Home to the artist that carved a niche in his heart. When bureaucratic snafus hold up his paperwork, he sucks it up until a phone call alerts him that Shannon’s loft has been broken into, and she was nearly kidnapped.

Breaking all the rules…
Now Brody will break the rules and go AWOL, heading home without permission because his girl is in danger and she needs her Marine bodyguard…