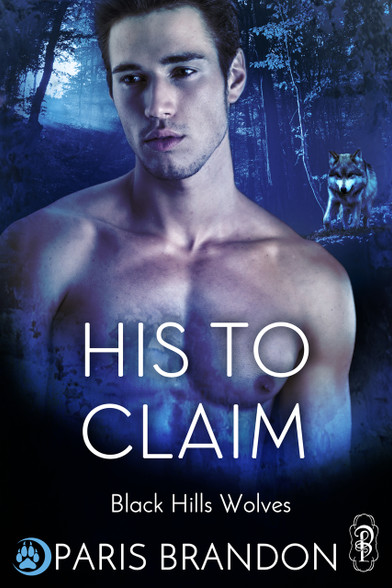 HIS TO CLAIM
by Paris Brandon
Once he’s over the initial shock of hearing his father hasn’t been dead for the past twelve years, J.D. Decker vacillates between joy and anger until he returns to Los Lobos to find the father who sent him away threatening Bree Redmond, the only other person he’s ever cared about as much.

After years of living under a harsh alpha, Bree Redmond is intent on experiencing everything life has to offer and ignoring her family’s wishes that she settle on a mate and help rebuild the Tao pack. When J.D. Decker jumps out of his truck and back into her life, she realizes why she’s never been eager to settle.

One look at J.D. and independent-minded Bree is howling at the moon and questioning her usual need for nothing more than a sexy romp in the woods. The handsome construction worker is a blunt force and rough around the edges, but he ignites all of her deepest desires with his single-minded determination to claim her.

Bree’s family isn’t happy about her budding romance with the son of a man they feel is responsible for the death of one of their own. Old wounds are reopened, and as tempers flare, Bree must decide whether to let a dark secret from the past separate them, or defy her family and accept J.D. as her mate.
AVAILABLE FROM:
Amazon
Barnes & Noble
Google Play
iBooks
Kobo
Smashwords