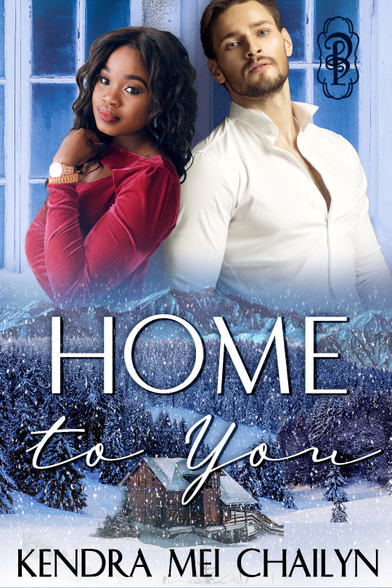 HOME TO YOU
by Kendra Mei Chailyn

After the death of her parents, Mara Knight sets out to be the best she can be. Years later, she’s battling for a junior partner position in one of New York’s most prestigious divorce law firms. And even though she has no time or patience for love, life is good because she has some awesome friends.

But all good things must come to an end. That is proven in the form of a letter from her estranged sister. The words it holds throw her life into chaos and set her on a collision course with Clay and the brutality of an Alaskan winter.

Clay is a simple man. What you see is what you get. The one thing is, after the last disaster he calls a relationship, he isn’t looking for love. But there is just something about Mara Knight—a certain thing to entice him like no other woman had. But Mara’s past is about to throw up some roadblocks Clay isn’t sure he can or wants to break through.

Eventually—something will have to give.