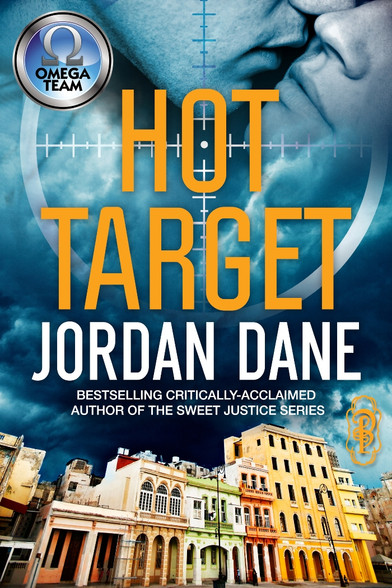 When Rafael reaches out to his sister for a job, Athena Madero—a founding member of the private security agency, the Omega Team—can’t help but be protective of her younger half brother. After a tragic hostage rescue and its aftermath, Rafael Madero turned into a solitary loner, only surfacing to fulfill his duties as team leader for an elite SWAT sniper unit with the Chicago Police. Athena decides to fast track his application by vetting him on the job—a mission to Havana Cuba to investigate a cold case murder.

But when the old murder is linked to the shadowy death of a powerful drug cartel leader, Rafael is burdened by a terrible secret from his past—and an unrelenting death wish—that puts him at dangerous odds with Athena and her team. He believes he’s beyond saving, but that doesn’t stop Jacquie Lyles from trying.

Jacquie sees something in Athena’s mysterious brother that touches her heart. Chivalrous and brave, Rafael is as rare as a unicorn in her life as techno computer geek and white hat hacker for the Omega Team. After she joins the team on its mission to Cuba, she uncovers Rafael’s shocking burden and it breaks her heart.

Rafael stands in the crosshairs of a vicious drug cartel—powerless to stop his fate—and his secret could put Athena and her team in the middle of a drug war.