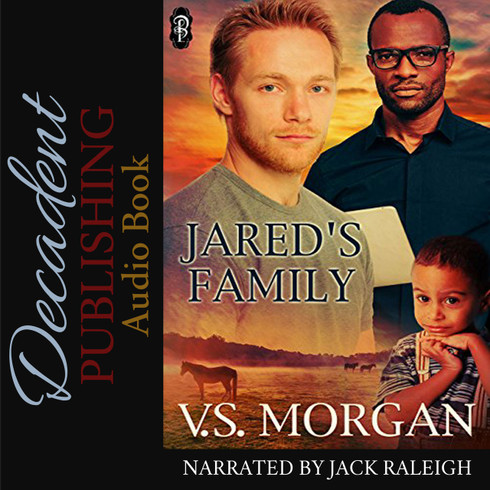 After witnessing his mother’s death, a once outgoing preschooler is now a quiet shadow of himself. The little boy suffers nightmares and rarely speaks, choosing to use the basic sign language he learned in daycare. Desperate to help his little nephew, Virge Stevens takes a leave of absence from the LAPD to bring Donovan, known as D, to Montana for the therapy he needs. A chance meeting at the library changes Virge and his nephew’s lives forever.

Jared Malone is one of five brothers, right smack damn in the middle. He is the peacemaker and the one who gets shit done. When his younger brother gets sick, Jared fills in reading to small children at the library. There he encounters a tall, dark, and handsome stranger and his cute little boy. Jared is immediately drawn to Virge but is still dealing with the betrayal of an abusive ex.

As the Malone family welcomes them to the ranch and into their lives, Virge’s instant attraction for Jared grows, but the cowboy is 15 years younger than him. Will he be rejected?

Both men have secrets. Secrets that could destroy the connection between them. Can they overcome the odds and find happiness together?