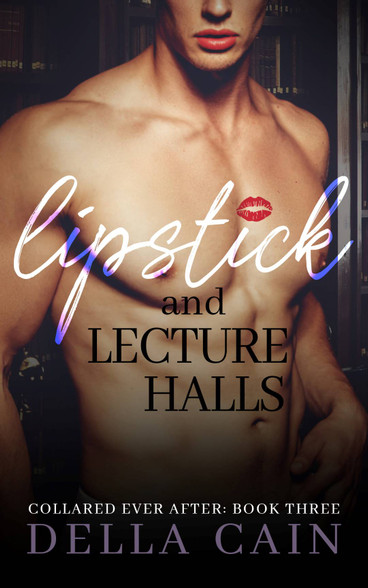 Sometimes you think you have everything you want in life only to discover you’re wrong.

College professor Nathan Walker spends his days preparing students to be the next generation of teachers and his nights alone. He’s been living a half-life since his wife decided his bisexuality was an issue and his love of makeup a dealbreaker. It’s fine. Really—sort of.

Max Green discovered his pup side years ago. When his master died, he felt alone and unseen, coming to life again when he discovered The City Pups, a local social group for pups and masters. Between his job running the college dining services and his friends, his life is whole again—sort of.

Every day, Max watches as the hot professor who caught his eye gets his black coffee and croissant. There is just something about him. It takes all of his courage to say hello for the first time. At the rate he is going, they will both be retired by the time he bolsters the courage to introduce himself.

One night at Collared changes everything, when the two men see each other in a whole new light.

Lipsticks and Lecture Halls is an MM romance featuring a shy pup who isn’t quite sure he’s a pup, a daddy without a boy, makeup fun, two men learning not to let their pasts get in the way of their futures, true love, and a guaranteed happy ever after. Lipsticks and Lecture Halls is book three in the Collared Ever After MM romance series, each book focusing on a new couple who find their Kinkily Ever After at Club Collared while keeping in touch with old friends.