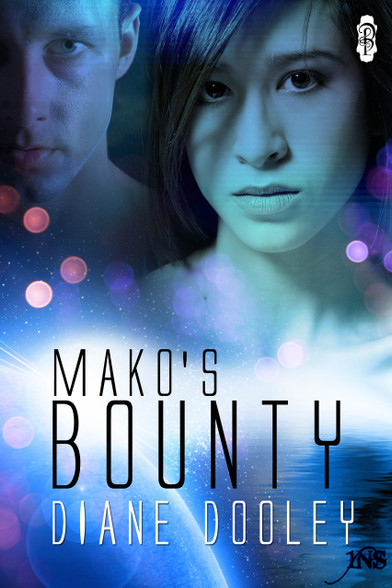 For nine long months, at the behest of the evil Ravenscorp, Mako Dolan has been hunting the space pirate they call The Saint. Now she’s finally lured her prey to a one night stand with a mysterious woman—herself. But Vin Sainte is not at all what she expected. Far from being a ruthless space pirate, his main occupation seems to be rescuing nuns, adopting orphans and praying like a champ. For nine long months Vin Sainte has been fleeing the bounty hunter from one temporary refuge to the next. Now he’s got Mako exactly where he wants her: weak from gravity sickness and ripe for conversion. Problem is he didn’t expect a foul-mouthed, hard-as-nails bounty hunter to be such a devoted daughter. His head on a platter is Ravenscorp’s price for her mother’s freedom. They have less than twenty four hours. One will win; one will lose. Mako might be a fearsome predator, but Vin has the Lord on his side. Who will win the bounty?