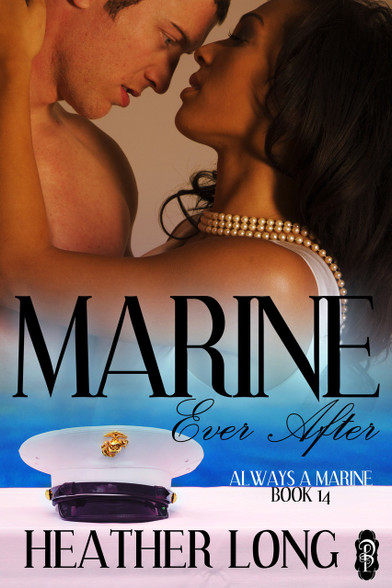 Marine Paul Torres is used to women who enjoy the pleasure of the moment and whom he can bed with a wink and a smile. But with so many of his friends settling down, he’s turned on by the allure of finding the right partner as well. Even more so when he meets Lillianna Hansen while attending a wedding. After a passionate night, Paul wakes to find her gone and though he wants more than a one- night stand with the alluring Lily, his limited leave is up and he’s forced to return to active duty. All Lillianna thought she wanted was a good time. But Paul’s attention—even from three thousand miles away—is hard to resist, and while she tells herself repeatedly she doesn’t want a relationship with a Marine, she can’t deny the consequences of their passionate night. When she finds out she’s pregnant, she’s forced to reach out to Paul. But is she ready to letthe father of her child be her Marine Ever After…