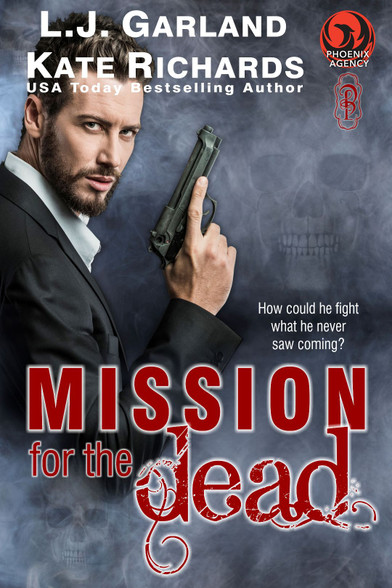 Mission for the Dead

MISSION FOR THE DEAD
by L.J. Garland & Kate Richards

Haylie Waters served her country with pride. Deployed overseas, she went out on a routine mission that ended in death, with her the only survivor. The military wrote it up as an IED that destroyed her convoy, killing the people she’d known and worked with every day. Killing her best friend. But Haylie isn’t so sure. And since that life-defining moment, she’s been seeing things she can’t explain. Things she shouldn’t be able to see.

When the Phoenix Agency contacts Elijah Quinn, he figures this is just another routine mission. But when he meets his assignment, she’s anything but routine. He quickly finds himself crossing a line he’d never believed he would. And when the beautiful ex-military goddess Haylie Waters shares her deepest secrets, he steps over another line into a world he’d never imagined existed. Was he crazy? Maybe. But sometimes, it takes a little crazy to save the world.