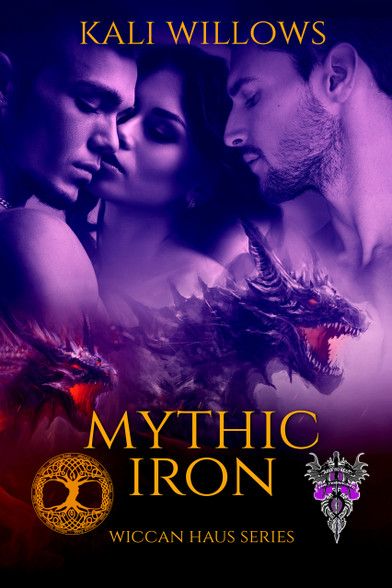 When the president of Mythic Iron is brutally slain, the VP and the sergeant at arms set out to protect the club’s legacy, and next target. Sai is a world-class MMA champion, and a half-breed dragon with a fiery temper. After the vicious murder of her mother, she fled the arms of her two mates and the MC, and made her way to the ring. A fighter with an edge, she doesn’t apologize, never holds back and doesn’t need saving. The unexpected arrival of her estranged mates coincides with the biggest fight she’s ever had; the one for her own life.

A leather-clad soldier of fortune with a patch was all Levi could be without her. The MC had taken him in years before, an injured child with no past.. A purple dragon with a propensity for danger, he’s evolved into the ultimate weapon for their club. Can he ever reclaim their mate, or will she kill them first?

Drake was born into a legacy of crime…

In the wake of their mate denying their bond evolved a cold, merciless dragon who did whatever the MC required of him. A reunion with their mate is soon wrought with tragedy, leaving Sai critically injured. Devastated by his failure to protect her and the people she loves, he reaches out to an old comrade for help.

Welcome back to the Wiccan Haus. A place meant for healing, but will the arrival of the purple dragons mean the end of island peace?