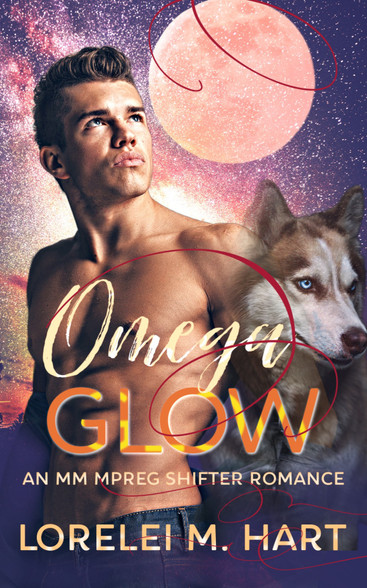 Widowed omega Saxon once lived the dream: a wonderful marriage, a beautiful baby, and a career he loved—then it all came crashing down when cancer came and stole his wife. Now a single parent, broke and underemployed, he is doing all he can to give his son the best life possible. Just as things start looking up, Saxon gets the phone call nightmares are made of. His son went missing during a school trip.

Alpha and pack Beta Hutch is living his best life—or so he thinks. Everything changes when the pack alpha tells Hutch a human child is believed to be lost on their land on the night of the Omega Moon of all nights. He has limited time to save the child from the elements and the pack from discovery. The last thing he expects is to find a wolf pup wandering in the woods a short distance from a pile of clothing.

When Hutch returns the pup, now in human form, he is stunned to see the boy’s father is human and knows nothing of their world. Oh yeah—and the Omega Moon says the human is his mate. Except humans can’t be fated mates—it’s like a thing.

When the Alpha assigns Hutch to teach and mentor Saxon on how to raise a shifter pup, he can do nothing but comply. If only he could forget what he saw that night or the feelings tugging at him or his stupid stubborn wolf that keeps calling the smexy human Mate then things would be a lot easier.

Omega Glow is the second book in the Crimson Cliff Pack series of super sweet with knotty heat m/m mpreg shifter romances. It features a stubborn alpha, his fated mate who is shocked to discover his son is not quite human, a gifted child who sometimes misses what is right in front of him, a new start, and the magic of true love. While this is book two of the Crimson Cliff Pack series, each story stands alone and gives the couple their happy ending, including the birth of a sweet baby who steals their hearts. If you love your alphas hawt, your omegas strong, and your mpreg with heart, this book is for you.