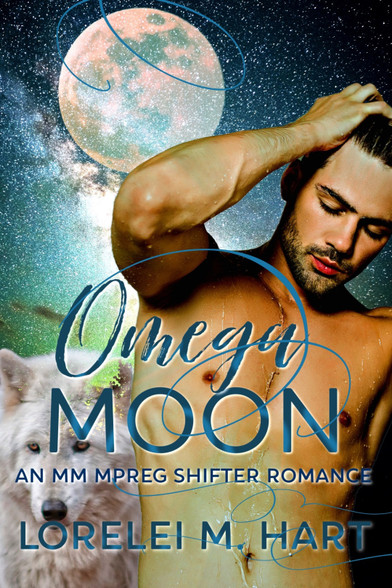 Alpha Maxim Young, heir apparent to the Crimson Cliff Pack has no desire to find his true mate and be forced to take over the pack from his alpha father. He likes his life just as it is. As the Omega Moon approaches, the night when shifters can see the true mate fate has sent for them, he wants no part of the pack celebration—or as he thinks of it, their night of desperation. Maxim does the only thing he can think of and heads to the local human bar.

Bartender Ollie begrudgingly takes an extra shift when his coworker calls him last minute. His grandmother always warned him to stay away from what she called the Omega Moon, going so far as to send him reminders in the form of recycled greeting cards. It was hogwash, and he knew it, but something about her pleas had him obeying—until now. What harm could it do to help out his single-dad coworker? It was just a stupid moon phase.

When Maxim takes a seat at the bar, Ollie is instantly drawn to him in a way he never has been to anyone before—he just can’t keep his mind, both upper and lower, off of the man. He decides to throw his no-one-night-stand rules out the window and give in to his desire at the end of the evening. It isn’t until they walk out of the bar to part ways that things get—weird.

Omega Moon is the first book in the Crimson Cliff Pack series of super sweet with naughty heat m/m mpreg shifter romances. It features a stubborn alpha, his fated mate who is shocked to discover he is not quite human, an adorable kitten, a new job Maxim never wanted, and the magic of true love. While this is book one of the Crimson Cliff Pack series, each story stands alone and gives the couple their happy ending, including the birth of a sweet baby who steals their hearts. If you love your alphas hawt, your omegas strong, and your mpreg with heart, this book is for you.