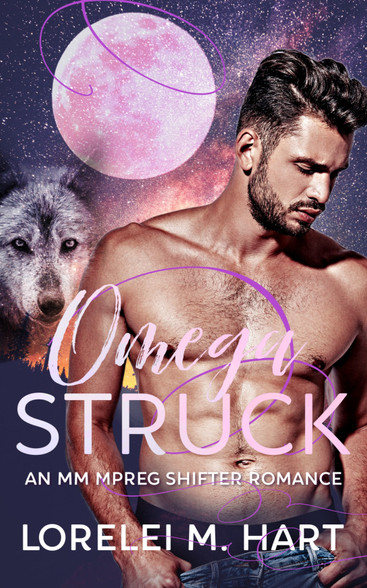 When Fate strikes, you don’t expect it to be with a pickup truck.

Alpha Luther saddles two worlds as both a beta for his pack and a police officer for the humans. He likes it that way. Being with the humans was easy. Being on pack land—not so easy. It was all but suffocating him, his wolf begging for Raff, the broken omega who crossed his path almost a year ago. His wolf didn’t understand. Luther couldn't claim him. Raff was already bound to another. Luther had to let go. He had no choice.

Omega Raff tried to get away once, making it so far as the Crimson Cliff Pack’s land, where he met Luther. His wolf called out, begging him to stay, to take this alpha as his own. His wolf didn’t understand. Raff couldn’t claim him. Raff was already bound to another, bound against his will.

When Luther is called to the scene of an accident on the night of the Omega Moon, the last thing he expects to see is Raff, his broken body purple in the moonlight, lying on the ground and slipping away. Luther’s wolf cries out at the loss of their mate as Raff’s pulse weakens to the point of no return. But fate isn’t done with them yet. CPR, an ambulance, and a healer who works his magic later, Raff is going to be okay—only he wasn’t the only one hit by the truck. He’s carrying a baby—a baby who belongs to his dead mate—a death Raff is being blamed for.

Omega Struck is the third book in the Crimson Cliff Pack series of super sweet with knotty heat m/m mpreg shifter romances. It features a stubborn alpha, his fated mate whose life has been anything but sunshine and roses, an arcane pack who sold their alpha’s omega’s son to the highest bidder, a new start, the magic of true love, and a beautiful baby. While this is book three of the Crimson Cliff Pack series, each story stands alone and gives the couple their happy ending, including the birth of a sweet baby who steals their hearts. If you love your alphas hawt, your omegas strong, and your mpreg with heart, this book is for you.