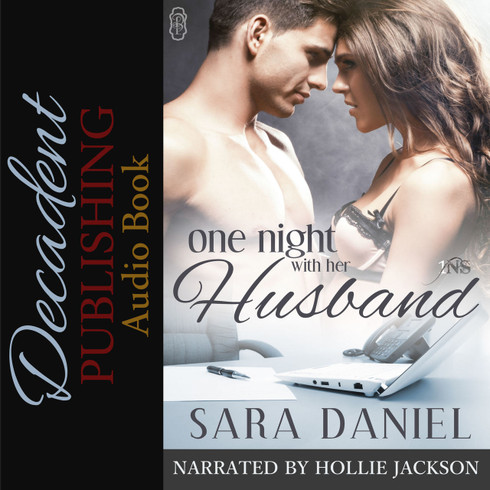 One Night with her Husband Audio Book

ONE NIGHT WITH HER HUSBAND

She walked away from her marriage seven years ago...

Marcia Johnson always assumed her husband would follow her eventually. She'd achieve success while she waited and prove her decision the right one. But when he finally turns up, she's not ready. Her career hangs in the balance, and her weight has skyrocketed. How can she face the man she loves and show him she made the right choice? Especially when he's matured from a decent-looking college student into the sexiest man she's ever seen.

He's waited seven years for his wife to finally need him...

If Adrian Torres can save her business, maybe he'll have a shot at saving their marriage. But the woman he finds is too competent and independent to ask him for help. She even shrugs off his touch instead of reacting with the desire he hoped to ignite. Have the embers of their marriage finally died? Is it time to end their relationship and move forward?

He wants a divorce...

Her world ripped apart, Marcia turns to a one night stand to give her one more night before she lets Adrian go. She dares not hope for more. Even Madame Eve couldn't have the magic to save their neglected disaster of a relationship...or could she?