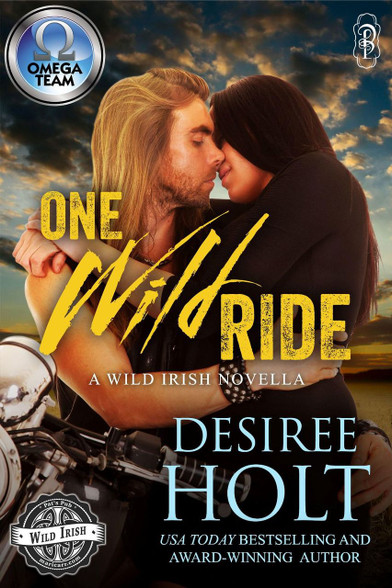 Mary McCoy wanted more than a break from her high pressure job. She wanted to find a hot motorcycle man like the one on the poster in her office. Part of her break from work was finding him. Little did she know that when she took a temp job as a bartender at Pat’s Irish Pub he’d walk in the door and take her breath away.

Marcus Tyree had left his soul on the war-torn battlefields of the Middle East. Still plagued by nightmares, he takes a job with his friend Grey Holden’s Omega Team agency, searching for drug dealers in the pub, a most unlikely place. And focused on the bartender, a most unlikely person.