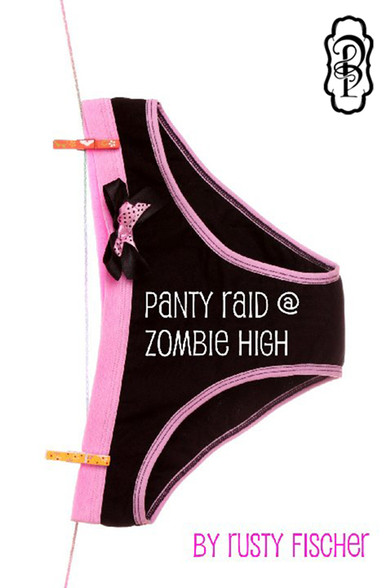 Toby’s best friend, and unrequited love, Molly Harper has gone missing. Molly’s boyfriend, “Spud,” thinks he knows where she’s been taken: the mysterious Zombie High, where Spud’s father just happens to be in charge of the top-secret medical facility famous for its work rehabilitating teenage zombies.

Armed with blueprints, passwords, keys and codes, Spud and Toby are ready to make an all-out assault on Zombie High and rescue their fair Molly. There’s just one problem: Toby and Spud are the biggest wimps at Cypress Cove High and need some muscle along for the ride in case any of the zombies get loose.

That’s where Boner and Zack come in. Two of the football team’s biggest players, the jocks are easily conned into joining Spud and Toby on their fictional “panty raid” the minute Spud calls them “chicken” for not accepting his challenge to spend the night at Zombie High.

When Zack and Boner show up to accept the challenge, however, they don’t come alone; they bring their two girlfriends, Lilac and Haley, along for the ride. With events spiraling out of control and zombies lurking around every corner, will Toby and Spud even survive their night at Zombie High, let alone rescue Molly?