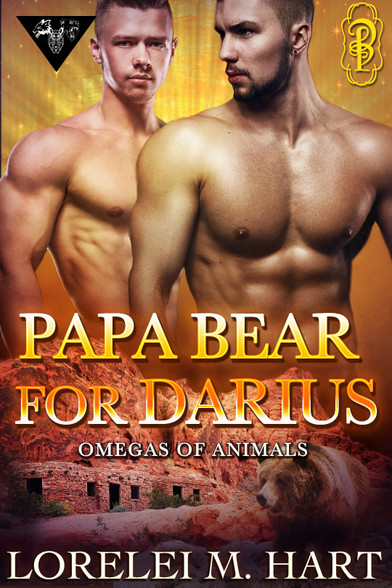 It all started with an invitation…

Omega Darius was always the antithesis of everything prized in his pack—something they reminded him of often as a child when his skinny physique and academic goals kept him on the outside looking in. Leaving his pack to attend university while most of the pups are just beginning high school has given him the freedom to explore all the academics he’s always longed to, but something is missing. Even years later when he finds his roommate and they form their own makeshift pack, he still feels off-center, like there’s a hole in his life.

And then he’s invited to the shifter hotspot Animals for their annual Halloween party. This will change everything. He can feel it. He just has no idea how much.

It all started with a job offer…

Alpha Bruin spends his life traveling across the country installing eco-friendly updates to businesses. It’s a rewarding job, but a very lonely life. Not that he has anything to go back to. When his brother took over as clan leader, Bruin was given an ultimatum. He could challenge his brother or accept exile. Knowing a challenge would lead to his brother’s death, he chose never to return again. The sacrifice has been worth it. Mostly.

His latest work project, the club Animals, turns out to feel more like home than anyplace he’s been since his clan. When the project ends, he isn’t ready yet to leave, willingly accepting an invitation to their Halloween shindig.

When Darius and Bruin meet it’s lust at first sight. Darius brings out the daddy in Bruin who helps him discover a side of himself he never suspected he had. If only it wasn’t Bruin’s last day at Animals...in the country, for that matter.

A Papa Bear for Darius is a sweet with knotty heat M/M shifter mpreg romance served up with a side of daddy yums, an unexpected pregnancy, and a guaranteed HEA. It features Darius, the roommate of Basil from Little Red Omega and the Big Bad featured in Special Delivery: Halloween.