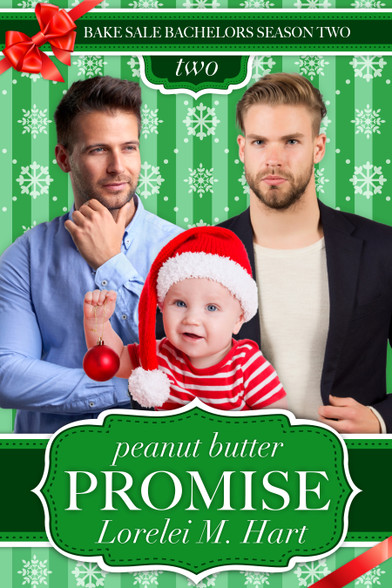 Alpha Shaw spends his days keeping Dellburn’s animal shelter running smoothly. He saves lives and completes families. When he’s asked to help with this year’s charity auction, he is all in. He might not be the world’s best baker, but his dog biscuits are loved by canines, young and old.

Omega Caleb , one of Dellburn’s newest residents, has one goal—to climb the corporate ladder and so far he is taking the rungs three at a time. He’s all work and no play, but with his goal within reach, it’s totally worth it. He doesn’t even mind giving up his planned trip home to see his family to attend a local charity auction on his company’s behalf—mostly. It would have been nice if his boss filled him in on it being a bachelor auction.

An emergency at the shelter has Shaw missing the auction, leaving Caleb with a plate of inedible cookies and no way to politely get out of his date. He’ll just keep their promised date short and call it good. Spoiler alert: Mother nature, some stray kittens, and a dead battery have an altogether different idea.

Peanut Butter Promise is a super sweet with knotty heat mm non-shifter mpreg romance featuring a businessman who lost his Christmas spirit, an omega who helps him find it, a snow storm, a box full of kittens, a lopsided snowman, the sweetest dog you ever did meet, hot chocolate kisses, more than a cookie in the oven, and a guaranteed happy ever after. If you like Christmas romances sweeter than a frosted sugar cookie, your happily ever afters filled with baby snuggles, and your mpreg with heart, this installment of Bake Sale Bachelors is for you. While all each book in the Bake Sale Bachelors series is set in the same world, they can each be read as a standalone.