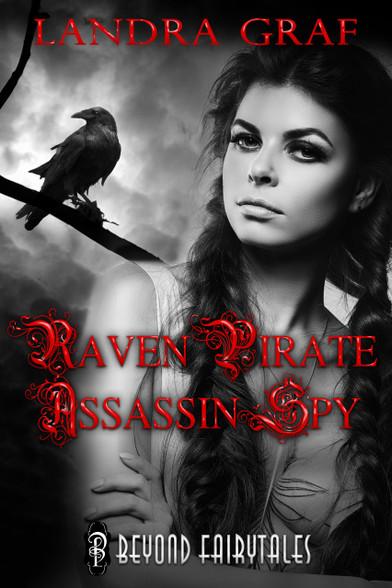 Sorella Corvino lost her brother to The Cursed years ago. Sorella is so determined to find him, she'll make any deal, rescue the outcasts and those like him, and risk flying into any port to rescue him. When her latest pirate efforts partner her with a bounty hunter who's too charming, sexy, and handsome for his own good, she knows she's in trouble.
Ian Marshall no longer believes in fairy tales…

Disowned and a marked criminal in the United States, this merchant turned bounty hunter, is one bounty away from freedom; and freedom's price is handing over one person to the most cutthroat gang in the world, The Cursed. Yet, he can't get to them without Sorella's help. Too bad she's gorgeous, aggravating, and a little trigger happy.

As the attraction mounts, the danger grows and the pair find themselves invading a skin trader den, the ballrooms of dictator-ruled Germany, and fighting battles in the sky in the hopes of getting everything they want. Only thing they didn't plan on... falling in love.